Why we have to register the vacuumbiopsies

Since 2010 the Minimal Invasive Breast Biopsy (MIBB) is part of the list of benefits of the Swiss health insurance companies. The precondition for the admission to the list is to fulfill quality criteria including data collection in the MIBB database.

The publication is based on decisions taken during an interdisciplinary consensus conference in April 2008 in Zurich. Evidence based and Swiss experience based guidelines for diagnostic and therapeutic steps were defined. In order to carry out MIBB qualifications on education and requirements regarding minimal case load and documentations were listed.

Qualifications for diagnostic and therapeutic physicians who want to carry out MIBB:

Requirements to be fulfilled by the institution (Structure):

Requirements to be fulfilled by the team after establishing the vacuumbiopsy phase (as part of the structure): 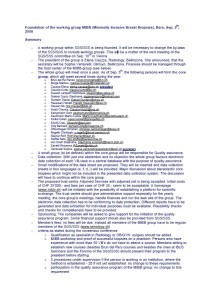 Requirements for the further distribution of MIBB certificates